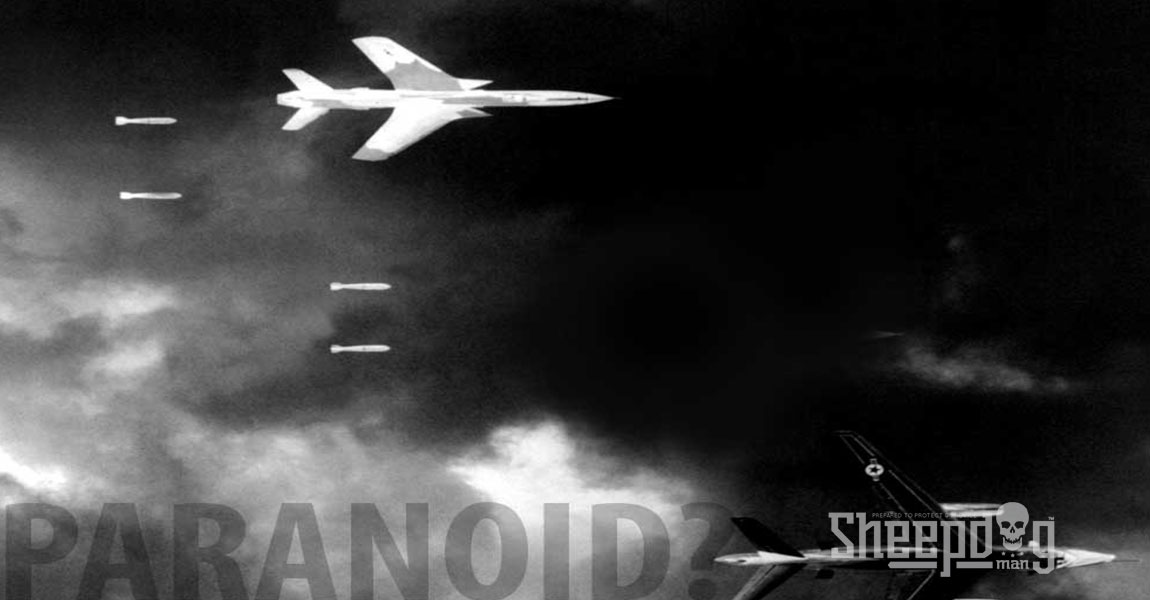 Lucy was an excited Prepper! Her local store had an incredible sale, so she was loading up her cart with food, water, ammo, propane tanks and more. When she came to the register to check out, she was pretty sure she heard the woman behind the counter say, “Here comes another paranoid, delusional Prepper.”

Well, is the cashier right? Is Lucy paranoid, delusional Prepper.?

Or is she simply practicing a virtue — prudence?

We here at Sheepdogman.com think Lucy prudent and here’s why.

Being prepared (i.e. a Prepper) is encouraged — when it’s for sale.

Then, my Government, considering it to be so urgently “prudent” that I have health insurance, declared that I have to buy it — by law.

Additionally, commercials run that say mayhem is just around the corner. Friends ask if I have enough life insurance to cover my family if I die.

Also, they say it’s prudent to plan for retirement, to save for college, to buckle my seatbelt, to avoid carbs, sugar, and a million other things.

However, when I say that I’m storing food for “food insurance” they say I am crazy.

If I say that I have an emergency cash fund for “job-loss insurance,” or that I am putting away precious metals as a hedge against inflation, they look at me as though I am a paranoid-delusional-whacko.

Apparently, preparing for a disaster is prudent, when someone else can profit from it, but when I try to be self-sufficient I’m paranoid.

So why do they say being a Prepper is paranoid and delusional?

Because of Their Normalcy Bias

Sadly, many people now suffer from normalcy bias. They don’t think that anything bad will happen to them because it hasn’t yet, and since we have enjoyed an unprecedented level of peace and prosperity since World War II, they believe that peace and prosperity are the default. They’re not! I will never forget what one of my professors said about history,

Therefore, the Sheepdog Man (AKA Prepper), understanding the historical default, and because of his love for family and community, prudently masters the art of disaster preparedness.

Now, while I could address some of the other faulty arguments being promulgated against prepping, I would rather discuss the positive and virtuous reasons why prepping is prudent.

7 Reasons Prepping is Prudent and Virtuous

1. Prepping is a store of true wealth and a hedge against inflation.

It has been said that inflation is the invisible tax. Every year, the money (Federal Reserve notes) you have loose purchasing power.

It might seem that things are getting more expensive and in some cases they might actually be, but in general what is happening is that your money is becoming worth, less and less.

Inflation creates the perception that people today are making more money than they did in previous generations. However, most families now need two incomes just to scrape by, and even with that, many find themselves living pay-check-to-paycheck.

One of the biggest, and one of the oldest, taxes in this latter sense is inflation. Governments have stolen their people’s resources this way, not just for centuries, but for thousands of years…

… the government can quietly steal a lot of your wealth with much lower rates of inflation. For example a $100 bill at the end of the 20th century would buy less than a $20 bill would buy in 1960.

And that doesn’t even cover hyper-inflation, which when it occurs, will completely destroy the value of “Paper Money.”

If you are not familiar with these concepts you must read: The Real Crash: Americas Coming Bankruptcy and The Death of Money: The Coming Collapse of the International Monetary System.

Most of the items you purchase as “preps” will not only retain their value but will rise also with inflation, and some will surpass inflation due to shortages. A perfect example is .22 ammo, which now cost 3 times what it did just a few years ago.

Therefore, converting your money to tangible property is an excellent hedge against inflation and a store of wealth.

2. Prepping encourages self-reliance rather than dependence.

There was a time in our country when the virtue of hard work and the Biblical axiom “If you don’t work you don’t eat,” was true.

Remarkedly, while there are still some, who though they qualify for government assistance, refuse it. The numbers of people on food stamps and other entitlements would seem to indicate that those who refuse assistance are few and far between.

Words of wisdom from our Founding Fathers:

Margret Thatcher, obviously not a founding father, hit the nail on the head when she said,

Preppers, like the founding fathers, recognize that self-sufficiency is not only virtuous, but it also provides a level of security that dependence on others cannot.

The real problem with dependence is that it necessarily decreases freedom. He who feeds you rules you. It’s as simple as that.

3. Prepping encourages personal growth and the acquisition of new skills.

When you start to think about becoming self-reliant, or living off-grid, or preparing for a collapse you recognize really quickly how little you actually know.

Things start to race through your mind like, can I start a fire without matches? (We answer that in our article on how to start a fire in any situation by the way.) Or, how can I dress a wound, raise animals for food and so much more?

A study frenzy begins. You seek to acquire new skills and knowledge. This leads to personal growth.

4. Preppers acknowledge that bad things happen and are ready to respond well.

In 2016 FEMA declared 46 Major Diasters. They include wildfires, severe storms, flooding, a hurricane, tornados and more.

We saw rioting in major cities, and (according to CNN) at least 64 law enforcement officers targeted and killed. The most in 5 years.

Most of us know families who are out of work. Families who have lost a primary provider to cancer, or accidental death.

Everywhere you look. whether it be on a community level or personal, people suffer tragedy and disaster.

To recognize this is not paranoid. It is not delusional, it is fact.

So the question arises then, what will you do when it happens to you and your loved ones, or others in your community? Will you be prepared to act?

5. It focuses expenditures on needs rather than wants.

Most things we purchase today are designed to be consumable. On top of that, our understanding of true value is out of whack.

Ultimately, since all of this leads to self-sufficiency, expenditures often become focused on achieving that.

When everyone in a community is well prepared to survive a potential disaster, it increases individual survivability. If your neighbor is hungry, starving and scared, he is much more likely to try and take what you have. Hungry people are desperate people.

7. It allows one to serve others in time of need.

There is a scripture that says, “Do not merely look out for your personal interest, but also for the interests of others.”

Rather than being selfish hoarders, the vast majority of Preppers I know, seek to help those who are truly in need.

In conclusion, rather than being paranoid and delusional hoarders, Preppers understand the historical default and recognize that natural disaster and personal disaster are common. They do not fall prey to normalcy bias. No, they are in-tune with what is going on in the world around them.

Therefore, they prudently and virtuously prepare so that they can protect and provide for those they love — as well as for others.

If you enjoyed this article make sure you don’t miss, Disaster Preparedness for the Apocalypse: How to Prepare for any Disaster

Tips for Driving Safely in the Snow 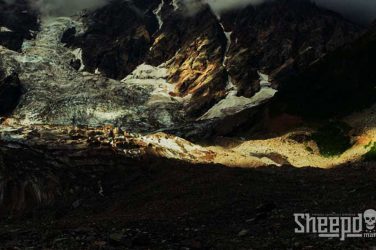 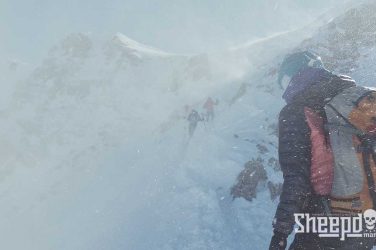 The Big List of Nasty Disasters: Part Twelve – How to Survive Extreme Winter ... 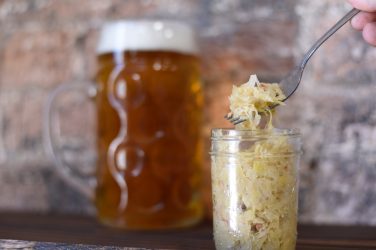 In this post, Rebecca talks about the benefits of fermented foods and covers tasty ...