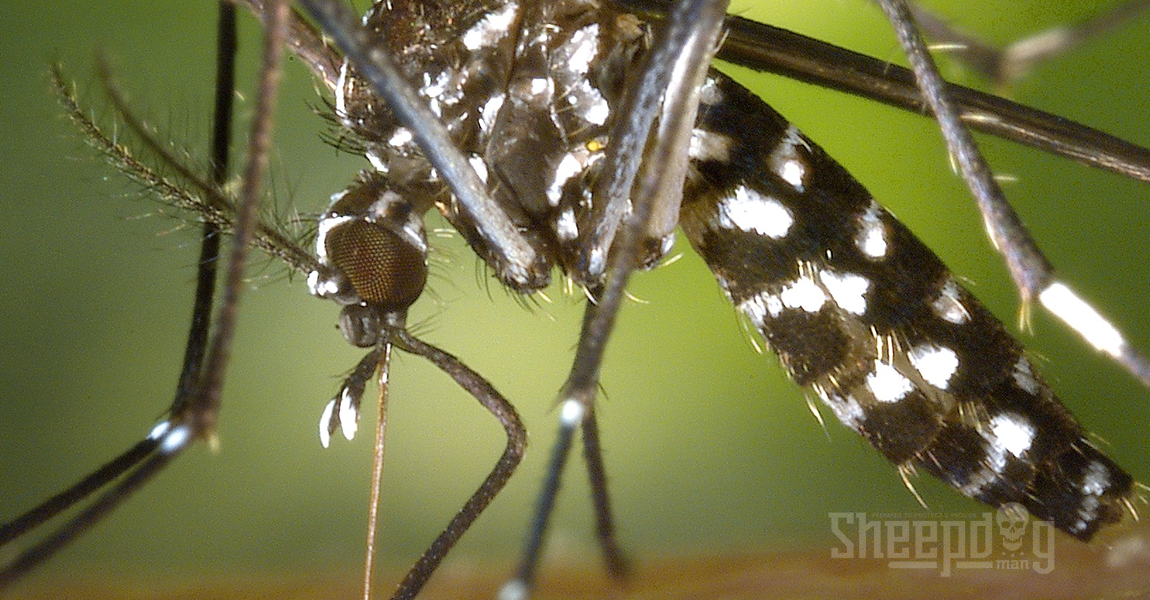 Mosquitos are an Annoying Pest

Hello, friends. Humor me for a moment and think back to a time when mosquitos ate you alive.

You know the scenario. You go camping, forget bug spray, and end up in a spot right next to the mosquito pit. Next thing you know, your entire crew is itching like a pack of flea-bitten hyenas.

Okay. I think you get the point. Mosquitos are annoying, and providing dinner for a vicious mob of tiny, little, swarming, bloodsucking, micro-terrorist, isn’t fun at all, is it?

However, more important than the discomfort mosquitos cause is the disease they carry.

Mosquitos are a Dangerous Pest

According to National Geographic,

Beyond the nuisance factor, mosquitos are carriers, or vectors, for some of humanity’s most deadly illnesses, and they are public enemy number one in the fight against global infectious disease. Mosquito-borne diseases cause millions of deaths worldwide every year with a disproportionate effect on children and the elderly in developing countries. 1

Mosquito-borne Disease is on the Rise

In decades past, mosquito-borne diseases were only a threat to people who traveled overseas. But now, many of these diseases are entering the United States through travel and are spreading quickly across the country.

Most likely you’ve heard of Zika recently. Although it’s the “new kid on the block,” it is one of the most concerning. No vaccination exists, and Zika can spread through mosquito bites, sexual transmission, from a pregnant mother to her child or through blood transfusion.

Also, while people rarely die, or even need to see a doctor when infected with Zika, it can cause a congenital disability called microcephaly (incomplete brain development).

Additionally, Zika can cause congenital disabilities of the eye, hearing deficits, impaired growth, and Guillain-Barré syndrome — an uncommon sickness of the nervous system.

The Center For Disease (CDC) reports,

The following map illustrates the spread of Zika across the United States. As you can see, there is no state, other than Alaska, in which 0 cases of Zika have been reported.

Symptoms can last from several days to a week.

The bad news about West Nile virus is that there are no medications to treat or vaccinations to prevent it. However, the good news is that less than 1% of infected people develop a serious sometimes fatal, neurologic illness. 6

As of January 17, 2017, a total of 47 states and the District of Columbia have reported West Nile virus infections in people, birds, or mosquitos in 2016. Overall, 2,038 cases of West Nile virus disease in people have been reported to CDC. Of these, 1,140 (56%) were classified as neuroinvasive disease (such as meningitis or encephalitis) and 898 (44%) were classified as non-neuroinvasive disease.7

Less than 1% of people will develop a serious neurologic illness (encephalitis or meningitis). The symptoms include,

Malaria has been eradicated in the United States. 8 However, organizations working toward worldwide eradication have abandoned their efforts and are now focusing on “control.”

Though eradicated from the United States in the nineteenth century, Peter Hotez (Baylor College of Medicine), believes that there are “Red Flags” which indicate that yellow fever could return to the Unites States. Particularly, through the “gateway city and globalization hub” of Houston Texas. He writes,

Today, the world’s yellow fever-endemic areas are restricted to Sub-Saharan Africa (figure image) and tropical regions of South America, but there are a few red flags suggesting the possibility that the “yellow jack” (a historical term used to once describe yellow fever) could return to the US.

The Ae. aegypti mosquito can now be found in many areas of the southern United States.  This is an area where US poverty rates are at their highest, along with its fellow travelers poor urban housing and neglected foci of standing water.  The area has also experienced unusually warm winters and springs over the past few years.

Indeed, dengue fever, another arbovirus infection transmitted by Ae. aegypti mosquitos, was recently shown to have emerged in Houston, Texas in 2003.  Although Max Theiler received the Nobel Prize for developing the yellow fever vaccine in 1951, vaccination rates in the US are practically non-existent except among travelers to endemic areas.9

As of January 2017, no cases of locally transmitted Chikungunya have been reported to the CDC in the Continental United States. However,

A total of 175 chikungunya virus disease cases with illness onset in 2016 have been reported to ArboNET from 37 U.S. states. All reported cases occurred in travelers returning from affected areas. 10

Unlike Zika, Chikungunya is rarely passed from mother to child, and there are no reported cases of the virus being spread through blood transfusion.

The Symptoms are similar to Zika and Dengue.

According to the US National Library of Medicine,11

Dengue is the most common and fastest-spreading mosquito-borne virus in the world. In fact, there has been a 30-fold global increase in the incidence of dengue in the past 50 years,6 with an estimated 50 million dengue infections now occurring each year.7

While Dengue is a leading killer in the tropics and subtropics,12 for the most part, it has only affected those living near the Texas-Mexico border in the United States or those who traveled abroad.

However, according to Scientific American, researchers now fear that the disease could be gaining a foothold in the United States.13

Watch for warning signs as temperature declines 3 to 7 days after symptoms began.

Go IMMEDIATELY to an emergency room or the closest health care provider if any of the following warning signs appear:

In the United States, Charleston, South Carolina, was the last known place with lymphatic filariasis. The infection disappeared early in the 20th century. Currently, you cannot get infected in the U.S.15

Thankfully, as the graph below indicates, the number of reported cases is dropping.

Also, it only affects a limited area of the country.

With each and every one of these mosquito-borne diseases, the best way to protect yourself is to avoid the mosquito bite in the first place.

Wear thin long-sleeve shirts and pants. Wearing clothes that cover all areas of your skin is one of the best ways to prevent mosquitos from biting.

There’s clothing made for this very purpose, and while it is a bit expensive, it is worth the investment. Remember, you only need a couple of pairs. Such clothing is exceptionally breathable and will dry very quickly if you get it wet.

I like the BugsWay line from ExOfficio. Their convertible pants with zip-off legs are awesome and remain bug resistant for up to 70 washes. Simply apply Permethrin after that.

They have both men’s and women’s lines.

Wool socks will help prevent blisters, are anti-microbial, will retain heat when it’s cold and dry fairly quickly after getting wet.

Darn Tough makes an excellent pair of socks right here at home in the good ole US of A. Vermont, to be exact. They also guarantee them for life, and they are competitively priced. Can’t beat that!

4. Use an Effective Repellent

DEET was created by the military over 50 years ago and has been used as an effective repellent ever since.

However, scientists did not understand how DEET worked, until recently. What they now know is that insects can still smell when they are exposed to DEET.

However, the DEET completely scrambles their “code” making it impossible for them to understand what they are smelling.

While DEET is an effective repellant, it is stinky, and you must spread it over all your skin and clothing, and it only works for 8 hours. It also will not prevent a mosquito from biting as it only inhibits its “homing” mechanism.

Thankfully, there is a better option.

Permethrin is a very effective pesticide with no odor and little to no side effects. According to studies made by the NPIC permethrin is not a carcinogen and has no links to harming children while in the womb. While there are natural ways to derive permethrin, the easiest and cheapest way to obtain this valuable pesticide is to use a pyrethroid version.” Pyrethroids are synthetic chemicals that act like natural extracts from the chrysanthemum flower.” – 17

Permethrin is available in spray bottles, for clothing (see this product from Sawyer), or in a concentrated form —  which will rid your backyard of harmful mosquitos for weeks.

WARNING!: This liquid will kill your cat. However, it is safe for your cat once it has dried.

5. Use a Mosquito Net

Mosquito net options include products for the outdoors such as the NATURO Outdoor Double Bed Mosquito Net Canopy, as well as those intended for your bedroom.

Mosquitos are attracted to the scent of sweat. Avoid overheating in the outdoors as much as possible. Also shower regularly to aid in ridding your scent.

Dry up all standing bodies of water that you can. Change pet water dishes as much as possible to free the containers of larvae and prevent reproduction.

Sprinkle Mosquito bits in standing water to kill mosquitos and their larvae.

Consider using large nets that will cover your entire yard if in a “hot-zone.”

Rely on bug zappers such as the Mosquito Magnet MM4200 Patriot Plus Mosquito Trap which uses heat and carbon dioxide as an attractant.

9. Use plants, such as citronella, that repel mosquitos

Mosquitos prefer coming out at dusk and staying until dawn. You should avoid being active during this period. Also, shaded areas are a favorite place for mosquitos to dwell. Mosquitos are most active during the hottest summer months of July and August.

Using box fans to circulate the air can be beneficial. This exercise makes it difficult for mosquitos to fly near you and can hinder their ability to bite you. Place the fans close to the ground where mosquitos typically fly.

I hope this has helped you understand the dangers of mosquitos and the diseases they carry. I also hope that I have given you the resources to protect yourself and your loved ones from these nasty creatures.

As always, thank you for your time, friends! And please consider becoming part of the Sheepdog Man community by joining our Facebook Group or even better by signing up for our Newsletter.

*This article has not been evaluated by the EPA, FDA or IARC, and should not be used to diagnose, treat, cure or prevent any illnesses.* 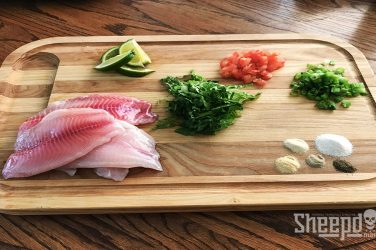 Fish Tacos Some time ago my friend Justin Cummins invited my wife and me over ... 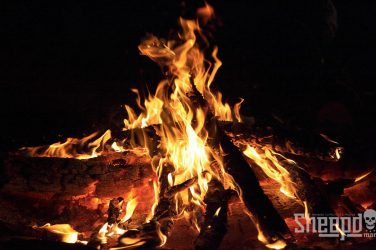 Starting a Fire in any Situation: The Ultimate Guide

Starting a Fire: a Magical Experience Let’s face it. We’re pyromaniacs at heart. I ... 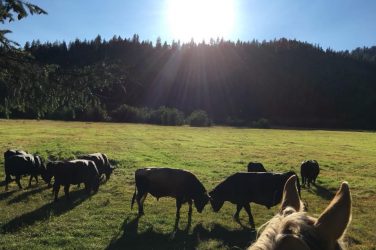 In this post, Rebecca talks about a costly homesteading mistake that cost her $15000 ...