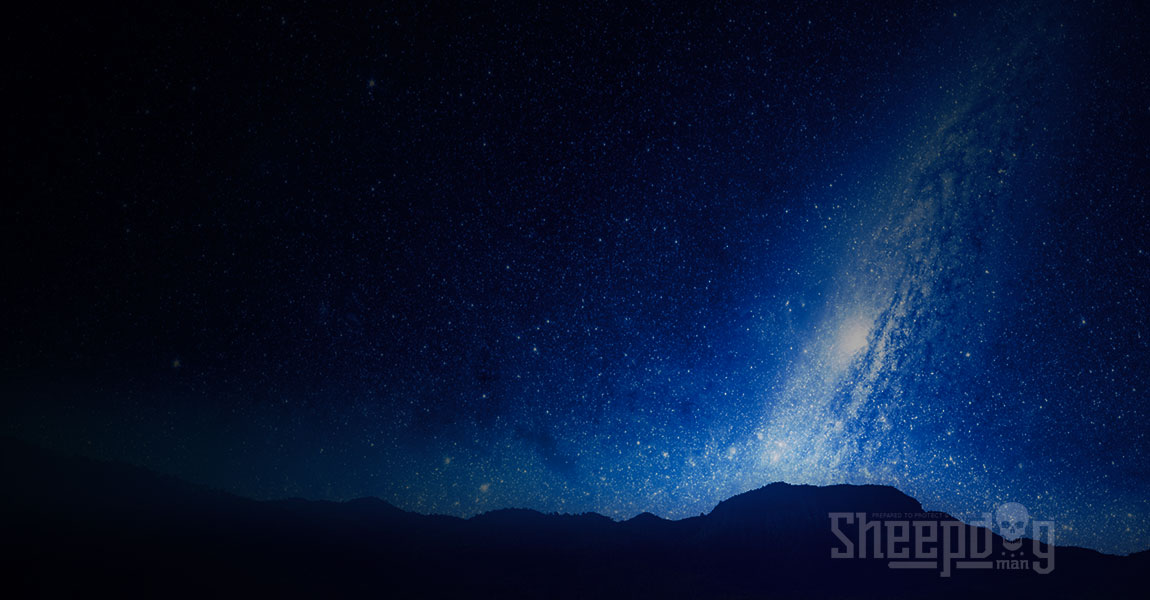 Are You Prepared for an Alien Invasion?

I’m not! And I have no idea how to prepare for such a thing. That’s why this article is not about space invaders or aliens from a distant planet. If that’s what you’re looking for, please visit Coast to Coast AM. What I do want to address, however, is the extraterrestrial objects and phenomena in space, which can and do hit our planet with disastrous impact. (Yes, that is meant to be a double entendre.)

However, before we dig deeper into space, I want to establish one thing — life on Earth is dangerous!

Life On Earth Is Dangerous!

However, if you are like me, you probably intend to spend the rest of your days, right here, on the third-rock-from-the-sun. Therefore, you prepare for an onslaught of natural-disaster. But what if the next disaster isn’t caused by natural planetary forces or by human action. What if it comes from outer space?

Yes, I know, it sounds like we’re talking about a science fiction movie.

Well, since you started it, let’s go down that path. In 1998, it was “The end of the world as we know it” (TEOTWAKI) in theaters all over the country. Buena Vista Home Entertainment / Touchstone released “Armageddon, ” and Paramount Pictures released “Deep Impact.”

Both were great disaster movies.

I will never forget the epic traffic jam in Deep Impact and the gut-wrenching scene, where a mother frantically thrusts her baby into the arms of her teenage daughter on the long-shot that she and her boyfriend might be able to escape via motorcycle.

The video below shows how they filmed the traffic jam and included the scene I am referencing. It’s worth watching.

The disasters I want to talk about are an Asteroid impact, Airburst Explosion, Meteor Shower, and Space Storms (Solar Flares & CME).

What is the risk?

According to NASA, the Earth is bombarded with 100 tons of dust and sand-sized particles every day. About once a year, a car-sized object hits the atmosphere and burns up before it can reach the surface. Every 2000 years or so a football-field sized object hits the surface and causes significant damage. Once every few million years (that’s a “best guess”) an extinction level impact may occur. 1

That said, no person has ever been killed by an asteroid in recent history.

Additionally, while the threat of an impact is real, scientists are now able to track asteroids and predict (well in advance, 30-40 years) a potential impact.

Therefore, according to NASA, the risk of a devastating impact is very low.

An individual’s chance of being killed by a meteorite is small, but the risk increases with the size of the impacting comet or asteroid, with the greatest risk associated with global catastrophes resulting from impacts of objects larger than 1 kilometer. NASA knows of no asteroid or comet currently on a collision course with Earth, so the probability of a major collision is quite small. 2

If you would like to look at NASA’s impact risk data, it is available here.

According to National Geographic,3

An asteroid bursting apart in midair over a city poses a greater threat to humanity than a long-feared “planet buster” smacking into Earth, suggests one impact expert. He calls for a revised system of planetary defense focused on detecting smaller asteroids, instead of the big ones.4

The most notable airburst explosion in recent history occurred on Feb 15th, 2013 in Chelyabinsk Russia. Space.com dubbed it a “Wake-up call for Earth.”5 There were over 1500 people in six cities injured.

The Russian fireball arrived from the direction of the sun with no warning, exploding with a force of 440 kilotons of TNT on its trip through the Earth’s atmosphere—more than 20 times stronger than the atomic bomb blast dropped on Hiroshima in 1945. – National Geographic5

The video below is a compilation of amateur video of the Meteor shower in Russia on February 15, 2013.

Solar Flares, the most powerful explosion in the solar system, can equal the intensity of 1 billion hydrogen bombs.6

If the previous items in our list of disasters didn’t get your attention, Space Storms (Solar Flares and CME’s) most definitely should. They have the potential to take down the power grid and send us back to the stone ages in an instant.

On September 1, 1859, Richard Carrington and Richard Hodgson both independently observed the largest solar flare ever to hit the planet.

However, the event was mostly unnoticed because there wasn’t much technology to be affected at the time. That obviously is not the case today.

The so-called Carrington Event would be far more devastating if it happened today, given the greater reliance on electronics and the expanded power supply. However, thus far, it is the strongest storm yet recorded, though scientists think that a powerful CME from 2012 that missed Earth would have wrecked havoc for several years had it collided with the planet.7 – Space.com

Not convinced yet? In 2015 the US government released a multi-agency plan to prepare for and coordinate responses to the space weather threat.

Additionally, some recent studies are stating that there is historical evidence that the sun produces “superflares,” which are 1,000 times larger than those observed in modern times.8

View a solar flare in action.

MOVE TO MARS! (OR VENUS IF YOU ARE A WOMAN)

I suppose another option is to act like a Luddite and throw your phone and computer into the river and run off into the hills to live off the land like Grizzly Adams. Sounds nice, doesn’t it?

However, for those who want to continue to be a part of our modern technological world, there is no way I can adequately address this vast subject in a blog post like this. However, here are some things that you can do to move in the right direction.

The first step is to understand that the electric grid could go down, in an instant — possibly forever. (Side Note: an EMP attack could produce a similar result)

If the grid goes down for more than a couple of weeks, there will be no access to food, gas, ATM’s, the internet, air-condition, or vehicles, etc. Plan accordingly. A great way to impress the gravity of this situation upon your family is to shut the power off in your home for three days. They will quickly learn how hard life will be without power.

Spaceweather.com (Hosted by NOAA/NWS) provides alerts both on their website and through their newsletter. They also provide information on recent and upcoming Earth-asteroid encounters and much more.

Here’s a screen capture of the emergency management dashboard.

Consider learning a trade such as a shoemaker (Cobbler), or seamstress, and learn to do it the way people used to before the power grid. Learn to make tallow or beeswax candles (from animal fat). Above all, learn to produce, preserve, and cook food without electricity. Also, look for and acquire “old-fashioned” tools such as hand saws and hand drills (carpenters brace).

What I mean by this is, start to compile a library of books that will teach you the skills you will need post-grid. We have compiled a list of recommended books, as well as written extensively about how to create an EMP/Solar Flare proof digital library for the apocalypse.

Of course, the one book that I think would be an absolute must is The Encyclopedia of Country Living, 40th Anniversary Edition: The Original Manual of Living off the Land & Doing it Yourself by Carla Emery.

The bestselling resource for modern homesteading, growing and preserving foods, and raising chickens, The Encyclopedia of Country Living includes how to cultivate a garden, buy land, bake bread, raise farm animals, make sausage, can peaches, milk a goat, grow herbs, churn butter, build a chicken coop, catch a pig, cook on a wood stove, and much, much more. This comprehensive resource is the most authoritative guide available to a sustainable lifestyle and living off of the land.

Here is one of my favorite quotes from Carla,

Unlike their great-grandparents, the urbanized members of today’s society are almost totally dependent on other people to produce their food, clothing, and shelter—and they’re subject to the market prices for those essential commodities. Many people spend their lives a paycheck away from hunger or homelessness—because they must pay other people to supply their most basic needs.

There are many ways that you can protect critical equipment. From a simple faraday cage to an EMP/solar flare hardened earth-bermed/underground bunker to storing critical components for an older vehicle in a safe place. The scope of these options is beyond this article. For further study on the subject, I recommend the book “Disaster Preparedness for EMP Attacks and Solar Storms” by Dr. Arthur Bradley who holds a doctorate from Auburn University and currently works for NASA.

Don’t overlook the electrical power pump for your well if you have one. Be sure to purchase a hand pump or come up with another solution for access to water.

Remember, the most important three items for your survival are water, food, and shelter.

When all else fails, riding is better than walking. If horses are not an option for you, a bicycle is your next best bet. If you want to go all out, you can look into building a vehicle powered by a gasifier which converts wood to fuel.

One last book I want to mention, because I think it is a resource worth having, is Matthew Stein’s “When Technology Fails: A Manual for Self-Reliance, Sustainability, and Surviving the Long Emergency.”

WHAT DO YOU THINK?

Do you have strategies for a grid-down scenario? Please tell me about it in the comments section.

As always, thank you for your time, my friends. And please consider becoming part of the Sheepdog Man community by joining our Facebook Group or even better by signing up for our Newsletter.

How To Prepare For Biological Disaster 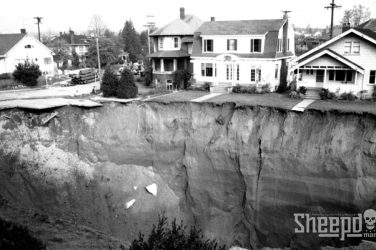 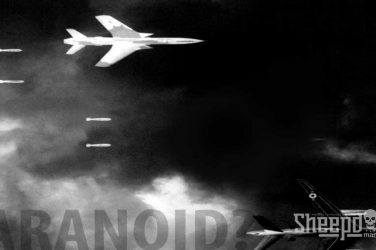 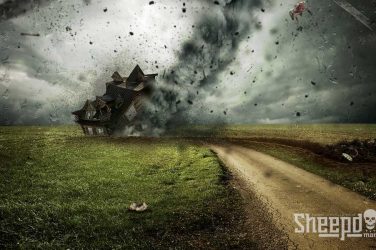 4 Warning Signs of a Tornado and How to Prepare

The Big List of Nasty Disaster’s – Part Fourteen: 4 Warning Signs of a ...